Lendrick is the son of legendary Little Rock trainer Ozell Nelson, best known for his work with former undisputed middleweight champion Jermain Taylor. Lendrick started boxing in the 6th grade and has been a fixture in the sport ever since, as a fighter, coach, trainer and promoter. He also runs Nelson Contracting, a thriving construction business based in Little Rock. Lendrick has one son and lives in West Little Rock, Arkansas.

Dale has always loved boxing and putting on events. He has been in the automotive business since his father bought a tire store in the 8th grade. Dale helps run McDaniel Equipment Co., Arkansas' largest and most known automotive equipment service company in the state. He has been married to his wife Tonya for ten years. They have three children and live in Roland, Arkansas.

The Union in 2014, Lendrick attended a boxing show in Little Rock and left feeling like he could do a lot better.  He went home, slept on it and talked it over with his mother. She told him he knew all the right people and he could give the fans what they want, so he should go for it. The next day, he called Dale to see if he would be interested in partnering with him. Without hesitation, he said yes and DRP was born. Our first event, 'Mayhem in the Rock' boxing, took place in August of that year. It was a big success and we haven't looked back since.

The all-new Diamond Rock Promotions is a sports and entertainment company founded and run by lifelong fiends and Little Rock native Lendrick Nelson and Dale McDaniel. At DRP, our goal is to be the premier promotions company in Arkansas and beyond. 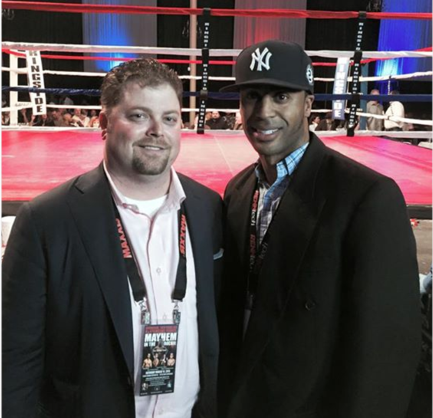